The Truth About  Freezing Body Fat

Can you really freeze fat off with a freezing fat device?

First let's examine what fat is in your body and the 2 types of body fat.

Fat is known to have two main purposes, says Susan Fried, PhD, director of the Boston Obesity and Nutrition Research Center at Boston University and a long-time researcher in the field.

That is just the general terminology as there is much more details about fat such as the various types;  brown white, subcutaneous, and visceral fat.

There is a lot of articles lately about brown fat as it has been discovered it has a very important factor.

Brown fat, when activated generates heat to burn calories, thus helping to burn white fat.  In fact, when fully activated, brown fat can generate up to 300 times more heat than other tissues in your body.

Burning off white fat is essential for not only being leaner, but reducing higher risks of metabolic disease.  Too much white fat, especially around the middle increases a higher risk of heart disease, and diabetes.

There is more white fat than brown fat, experts agree.  The purpose of white fat is for storing energy and producing hormones that are then secreted into the bloodstream.

The fat found directly under your skin is called subcutaneous fat.   When you are measured with skin-fold calipers that measures your subcutaneous fat in order to give you an estimate of your total body fat.

In terms of overall health, subcutaneous fat in the thighs and buttocks, for instance, may not be as bad and may have some potential benefits, says Cypess. "It may not cause as many problems" as other types of fat, specifically the deeper, visceral fat, he says.

However, subcutaneous fat cells on the belly may be a problem. There's new evidence that having a big belly is dangerous as it not only has subcutaneous fat, but deep visceral fat as well.

Visceral  fat  is found around your inner organs and a lot of it is unhealthy.   If you have a large belly that is deep visceral fat.   This fat can increase your chances of diabetes, heart disease and stroke.

Belly fat  is what most people know as an unhealthy fat. "Understand that belly fat is both visceral and subcutaneous," says Kristen Gill Hairston, MD, MPH, an assistant professor of medicine at Wake Forest University School of Medicine, Winston-Salem, N.C. "We don't have a perfect way yet to determine which [of belly fat] is subcutaneous or visceral, except by CT scan, but that's not cost-effective."

It is found that freezing fat by putting an ice-pack to a fatty area like your stomach for 30 minutes can help turn white fat into calorie burning brown fat.   Thus, the brown fat generates heat and helps burn calories.

There is a safe medical treatment certified by the U.S. Food and Drug Administration that helps kill fat cells in the body.  It is called “The CoolSculpting”  and costs an average of  between $2,000 and $4,000 per session.  The cost varies depending on the part of the body being treated.   The larger the area being treated the higher the cost.   The Coolsculpting procedure involved freezing fat and killing fat cells for the area of the body treated.  In about a few weeks of treatment, the dead fat cells break down and will be  flushed out of the body by the liver.

There are less expensive treatments, although not as effective as Coolsculpting.  Yet, if you are looking to help destroy fat cells these two Amazon products are effective.

For more information on foods that help burn fat

About the Author JJ 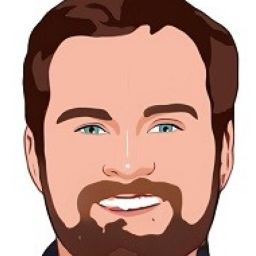 Secure your place in our free webinar on [topic] and learn to achieve [outcome].